Taxi ranks in Cheltenham should be safer places as marshals – security staff employed by the borough council – have been given body worn cameras.

The staff, who maintain order in late night taxi queues at weekends, will now be working with Reveal body worn cameras, which they can use to record incidents.

The cameras will not be recording automatically but if a marshal feels the need, they will be able to turn their camera on.

One marshal, Alex Walker, said he was happy to be issued with the surveillance equipment.

He said: “I've been a taxi marshal for just over two years and we’ve been wanting these for a while now. I think it will be much better."

“I can turn it on if something’s happening and it will be really useful to have a proper record of what went on."

“It could also work as a deterrent, if I say I’m turning the camera on it might stop somebody from doing something silly if they know police will have the video. The CCTV cameras in the street are useful but sometimes they’re pointing the wrong way.”

Mr Walker added: “Sometimes people say they’re going to take us to court and make malicious allegations against us. I think having a camera that will record what’s gone on will be legal protection for those cases as well.”

Mr Walker’s colleague Katie Hughes agreed that the cameras would improve the safety of the marshals. 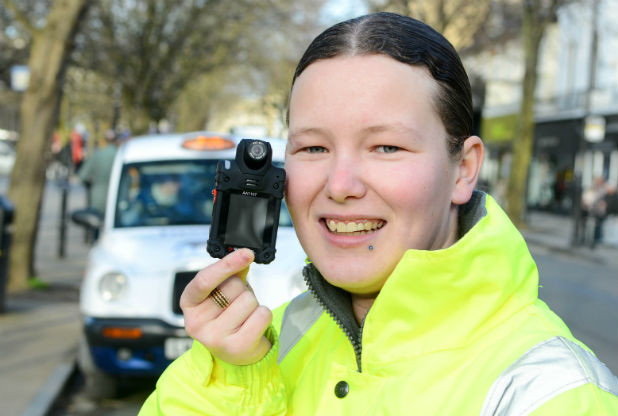 She said: “I've been doing this for 10 months now, so we’re coming up to my first race week and I’m a bit nervous about it...So I’m really glad we’ve got them.”

The taxi rank in Cheltenham’s Promenade serves an average of around 1,500 people each weekend and considerably more during special events such as the Festivals and National Hunt Festival race meeting.

Taxi ranks have historically been hot spots for disorder and the introduction of the marshals in 2009 has led to a considerable reduction in incidents, Cheltenham Borough Council said.

The new cameras – which are already in use by police officers in a number of forces – are able to record high resolution video and audio.

Their use is intended to support the work of the marshals by demonstrating to the public that their actions could be recorded, leading to fewer assaults on marshals, taxi drivers and members of the public. 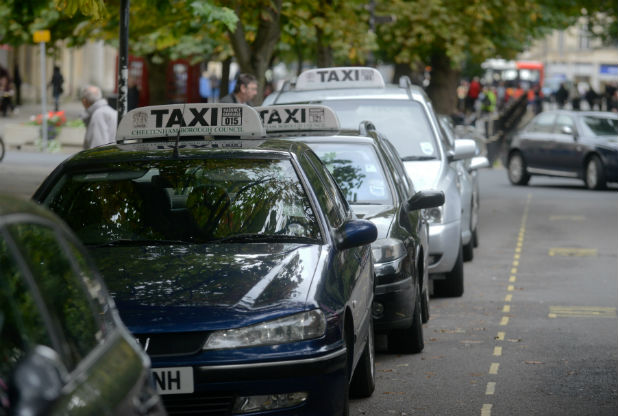 The cameras will supplement the radio link that the marshals have to the police.

Colin Pilsworth, the council’s community protection officer said: “Areas such as busy taxi ranks can be hot spots for disorder because of the high numbers of people gathering in one place at the end of a night out. The marshals have a tough job and can be exposed to unacceptable behaviour."

“The cameras will offer increased protection and hopefully drive down instances of antisocial behaviour.”

Councillor Andrew McKinlay, cabinet member for safety added: “Cheltenham is well known for its great bars and clubs and we have a thriving night-time economy."

“Key to this is a feeling of personal safety for those working and those enjoying a night out. I am pleased that the taxi marshals will now be equipped with these state of the art body worn cameras.”

The new cameras have been purchased by Cheltenham Nightsafe, with funding from the Police and Crime Commissioner’s ‘Safe days and nights for all’ initiative.

Cheltenham Nightsafe is the crime reduction partnership for the night-time economy of Cheltenham with members including bars, clubs, fast food outlets and late night convenience stores.