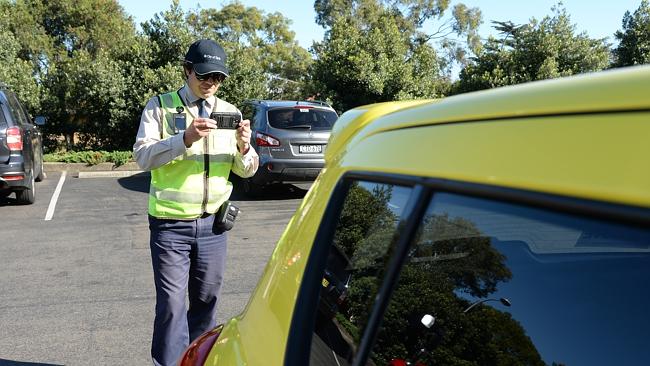 Reveal RS3-SX body cameras worn by parking officers in Sydney’s north west have dramatically reduced the number of violent assaults made against them since 2009.

Ryde Council’s manager of parking and ranger services Leon Marskell said the number of serious verbal and physical assaults since rangers started wearing the cameras had dropped from 16 reported assaults in 2012-2013 to seven in 2013-2014 and three in the year to date.

Ryde Council was the first in NSW to trial the unique body cameras after a spike in assaults between 2009 and 2013, including a male ranger threatened with being shot in the head.

A female officer was threatened with rape, multiple officers were spat on and one ranger had his shirt ripped off his back.

Mr Marskell said the use of the Reveal RS3-SX cameras had been a success.

“We want to be at the forefront of an initiative where staff are able to come to work and feel safe,” Mr Marskell said.

The State Rail authority are now using the same Reveal cameras after meeting with Ryde staff to learn how it works.

The body cams are worn by eight parking rangers and six compliance rangers, who enforce laws around littering, building compliance and illegal dumping.

Mr Marskell said the rangers inform people when they are going to be filmed and only turn the cameras on when they feel threatened.

“We trialled eight devices and what we liked about the camera we chose was that it is not covert,” Mr Marskell said. The front facing screen on all Reveal cameras display footage as it is being recorded which enhances the deterrent nature and openness of the technology.

“It is also a two-way street — the cameras film people when they are doing the wrong thing but are also reviewed to provide training to officers.”

The footage can be used in court cases to secure parking fine and assault convictions.

A case involving a female parking inspector, who was pushed and threatened at Meadowbank station in February, is due to go to court in the next month.

A Ryde parking inspector, who cannot be named for his protection, said he felt a lot safer wearing the camera.

“It has reduced bad attitudes and behaviour and there has not been as many verbal assaults and intimidation tactics,” he said.